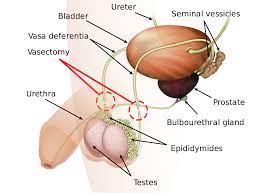 Urologists are the main types of doctors that perform vasectomies. A vasectomy is a birth control procedure that will block your sperm from leaving the body. It is an effective treatment with a high success rate. Let’s learn more about vasectomies and how they work:

How Does a Vasectomy Work?

The male body produces sperms in the testicles and carries them to the penis through tubes called vas deferens. When the sperms reach into the female body and mix with the egg, it causes pregnancy. But, when a male doesn’t want to have a child, they undergo vasectomy. In this procedure, a professional urologist cuts the vas deferens to prevent sperms from reaching the penis. Semen without sperms won’t complete the reproduction process.

Vasectomy is an effective birth control procedure with a high success rate. If you want to keep your sperm from leaving the body, you should undergo this treatment procedure. Vasectomy doesn’t affect your ability to produce sperms, which means that the reversal is also possible.

An experienced urologist will perform a vasectomy on a single visit. But, it takes about three months for your body to not cause pregnancy. Meanwhile, your doctor will ask you to visit their clinic for follow–up sessions.

Having a vasectomy doesn’t mean that you won’t ejaculate or have an orgasm. Also, the feel, look, and taste of semen won’t change. The only thing that changes is your ability to get anybody pregnant.

Vasectomies are of three types:

All these procedures result in permanent vas deferentia blockage. But, the procedure for each technique is different. Some vasectomies have a higher complication rate, but the result is the same that is the inability to make your partner pregnant. Let’s understand these types, so you can make an informed decision. However, a professional doctor will explain the procedures in detail:

During a conventional vasectomy, the urologist will use a scalpel to make a tiny cut on the scrotum. The doctor might make one or two incisions since there are two tubes at each end. Incisions expose tubes to the doctor, so they can complete the procedure. The incision size is usually between 1.5 cm and 3.0 cm. When the incisions are large, urologists have to use sutures. However, smaller incisions can stitch the holes in the scrotum. Conventional vasectomy has a high complication rate.

This is a minimally invasive procedure and uses specially designed instruments. In this type of vasectomy, the doctor makes a small size opening on the scrotum to access vas deferens. The incision shouldn’t be more than 10mm and doesn’t require skin sutures. The doctor will use two special instruments including a vas dissector and vas ring clamp.

The only difference between conventional and no-scalpel vasectomies is the opening or incision on the scrotum. Unlike conventional vasectomies, the small incisions make it a minimally invasive procedure. A doctor will make one or two skin openings on the scrotum to access vas deferens. Once they see the tube, they will cut it into two and seal both endings. 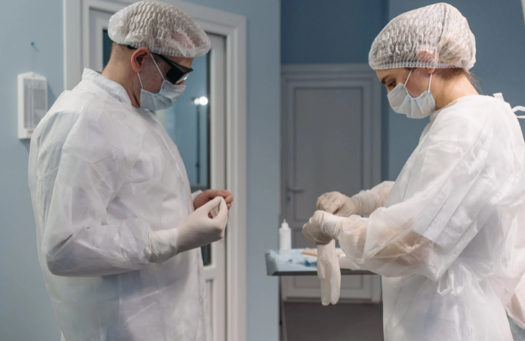 Why You Should Get Vasectomy?

Here are some reasons why you might want to get a vasectomy:

A vasectomy is one of the effective ways of birth control. Although it is a permanent procedure, there are ways to reverse it, if you change your mind in the future. Vasectomy has almost 100% effectiveness to prevent pregnancy. A vasectomy prevents sperms from mixing with the semen. As a result, your ejaculation can’t make your partner pregnant.

After having vasectomy, your semen won’t contain any sperm for the rest of your life until you reverse it. It is the most convenient way to prevent pregnancy, especially when compared to other birth control methods such as birth control pills. Your partner doesn’t have to take measures to prevent pregnancy. Also, you will save your trips to the pharmacy to buy condoms and pills. Vasectomy is a set-it-and-forget-it procedure for birth control.

After getting a vasectomy, you no longer have to pay attention to an unwanted pregnancy. The procedure allows you to get into the heat of the moment and forget about accidentally having a child. Also, vasectomy won’t influence your sex drive or hormones. Your ejaculation and orgasm will feel the same.

Do you want to undergo vasectomy and not worry about the possibility of getting your partner pregnant? If yes, then consult with Dr. Yaniv Larish, an experienced and skilled urologist and micro-surgeon.

← Should I Reverse My Vasectomy?
Vasectomies & Vasectomy Reversals →