Vasoepididymostomy is a surgical procedure which is performed to reverse a vasectomy, which has some complications, such as a blockage. This surgical procedure involves the connection of the severed vas deferens to the epididymis and is much more technically demanding than the Vasovastomy.

A Vasovastomy involves a simple incision, while the Vasoepididymostomy involves the testis, by exposing the outer testis covering (tunica vaginalis) to correct an obstruction of the epididymis layer

Vasovasostomy is the standard procedure and most commonly performed vasectomy reversal surgery used today. During the procedure the separated ends of the vas 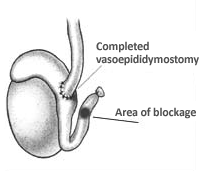 deferens are reconnected. This is done after an examination of the vas fluid. The vas fluid is examined under a microscope and it is determined if the fluid is of good quality, clear and non-opaque with completely formed, healthy and active sperm.

Vasoepididymostomy is performed when a patient undergoes a vasectomy reversal and there is no vas fluid or the vas fluid is of low quality or the sperm flow is blocked. In this event a Vasoepididymostomy will be required which is a complex and more demanding procedure.

Our urogical surgeons will use the Microsurgical Two Suture Longitudinal Intussusceptions Technique which means the surgeon will need to work with a larger opening between the tiny epididymal tubule and the larger vasal tubule. Your urological surgeon will inspect the epididymis then the individual tubes are selected to enter and connect to the vas deferens to allow semen flow to return. The opening is then replaced and sutured in place. This technique takes approximately 2 to 4 hours to perform. The benefit of having this surgery is the higher success rates associated with this procedure.

Your Well-Being is Our Main Concern!

Our urological surgeon performs vasoepidiymostomies on a regular basis; inexperienced urological surgeons should not attempt this surgery. For our physician here in our New York City clinic- this procedure is routine and has outstanding success rates as a vasectomy reversal specialist.

Do you have more questions about this procedure? Please call us today to schedule a consultation with the best surgeon in NYC for a Vasectomy Reversal. Our patients are our top priority. 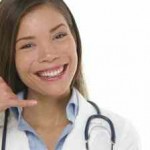